In the research I do for a variety of projects, I often come across individuals who have made a difference in conservation and environmental efforts. Surely we can all name a few. But so much of the work is done by unsung heroes, people who work tirelessly to protect simply because it’s the right thing to do and they are driven to do so. 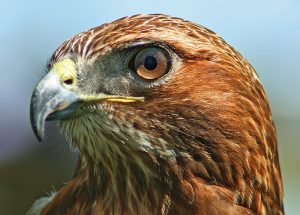 Rosalie Edge is one of those heroes. She was born in 1877. In 1934, with a loan from a friend, she purchased a ridgetop in Pennsylvania that was a regular gathering place of recreational hunters who killed thousands of birds of prey. Prior to this, Ms. Edge had garnered a reputation for going to battle with conservation organizations that did not protect wildlife, but instead conspired with developers, ranchers, and hunters, and even supported bounties in Alaska on bald eagles. Her work came at a time when over-hunting and declining wildlife populations became recognized as a growing problem. Needless to say her work ruffled feathers.

But back to the property. After she purchased it, Ms. Edge put a stop to the hunting there. She also turned the land into the world’s first nature preserve specifically for birds of prey – Hawk Mountain. The preserve has become an important site for bird counts and bird research which has aided bird conservation. Hawk Mountain is open to visitors and offers hiking, lectures, workshops, tours, and of course, bird watching.

In her day, Ms. Edge was not quiet, but her contribution to conservation is seldom celebrated as it should be. In addition to preserving Hawk Mountain, Ms. Edge was also instrumental in preserving 8,000 acres in Yosemite which helped to create Olympic and Kings Canyon National Parks. Not only that, her outspoken activism at the time forced leaders of major conservation organizations such as the Sierra Club, the National Audubon Society, and the Nature Conservancy to make significant reforms and rededicate themselves to honest conservation. Rosalie Edge is an inspiration to all those wanting to protect wild things and wild places and wondering if one person can make a difference.