Another book in my upcoming picture book science series explores Earth’s largest biome: water. Approximately 71 percent of the planet covered in it. And of all the water on Earth, over 96 percent is in the oceans. 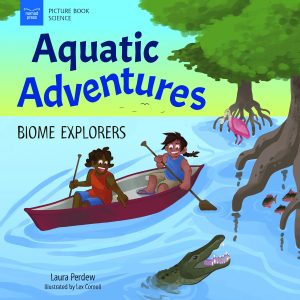 In Aquatic Adventures: Biome Explorers, we start on the freshwater of the Mississippi River, fed by a huge basin that covers 32 US states and 2 Canadian provinces. Floating downstream we can watch for hundreds of different species of birds. The reason for this is that the Mississippi flyway is an important migration route. In fact, one third of all North American birds migrate along the Mississippi River! 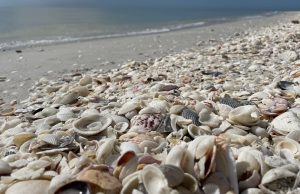 Once our journey reaches the delta, where the river meets the ocean, we head out to the Caribbean where it’s flip-flop season all year round. In the shallow coastal waters we might see Atlantic spotted dolphin, Bahama sea star, stingrays, Nassau grouper, spiny lobster, queen conch, and so much more. As we snorkel with the sea turtles we can explore the coral reefs, which support so much biodiversity they are often called the rainforests of the sea. Of all marine creatures, 90 percent live in these coastal waters.

Afterwards we head further out to sea where there is less biodiversity but still, beneath the surface there might be piglet squid, sea angels, northern comb jellyfish, or spoonarm octopus. And if we are lucky, we might see migrating whales.

For this adventure you’ll need a swimsuit, life jacket, and that sunscreen. Ahoy!