My new favorite bird is the myna – they are raucous and beautiful and apparently very adaptable. My love for these birds began with a tree in Hawaii. Every night, a huge flock that probably numbered into the hundreds, returned to the same tree. Over the course of an hour at sunset, they settled in and chattered away (loudly). And then, almost as if one of the mama birds said, “Hey, hush up now, it’s bedtime,” they’d fall silent. The same thing happened in reverse in the morning. At dawn, they’d slowly begin to chatter until it because a boisterous chorus. Then, one by one they’d fly away for the day. 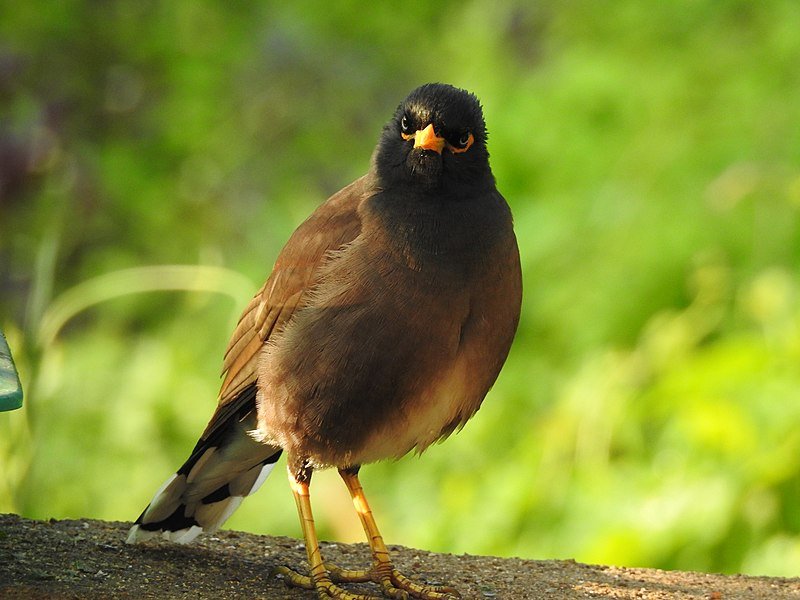 I’ve since learned that they are actually an invasive species in many parts of the world, including Hawaii. But It’s not their fault they were introduced to the islands in the mid-1800s to control cutworm moths and they thrived. Today they are seen as naughty, loud, and quarrelsome. Some compare them to flying rats. They also compete with native species.

Still, my affection for them has not changed. They are a hardy and adaptable species. They mate for life with one partner. And their chatter is lovely.