I remember Canada geese flying in a perfect V-formation over our house every fall when I was a kid. In my memory, this always happened on a Sunday; we’d hear them approaching because of the honking and go outside to watch them pass over. My dad explained they were migrating south for the winter. 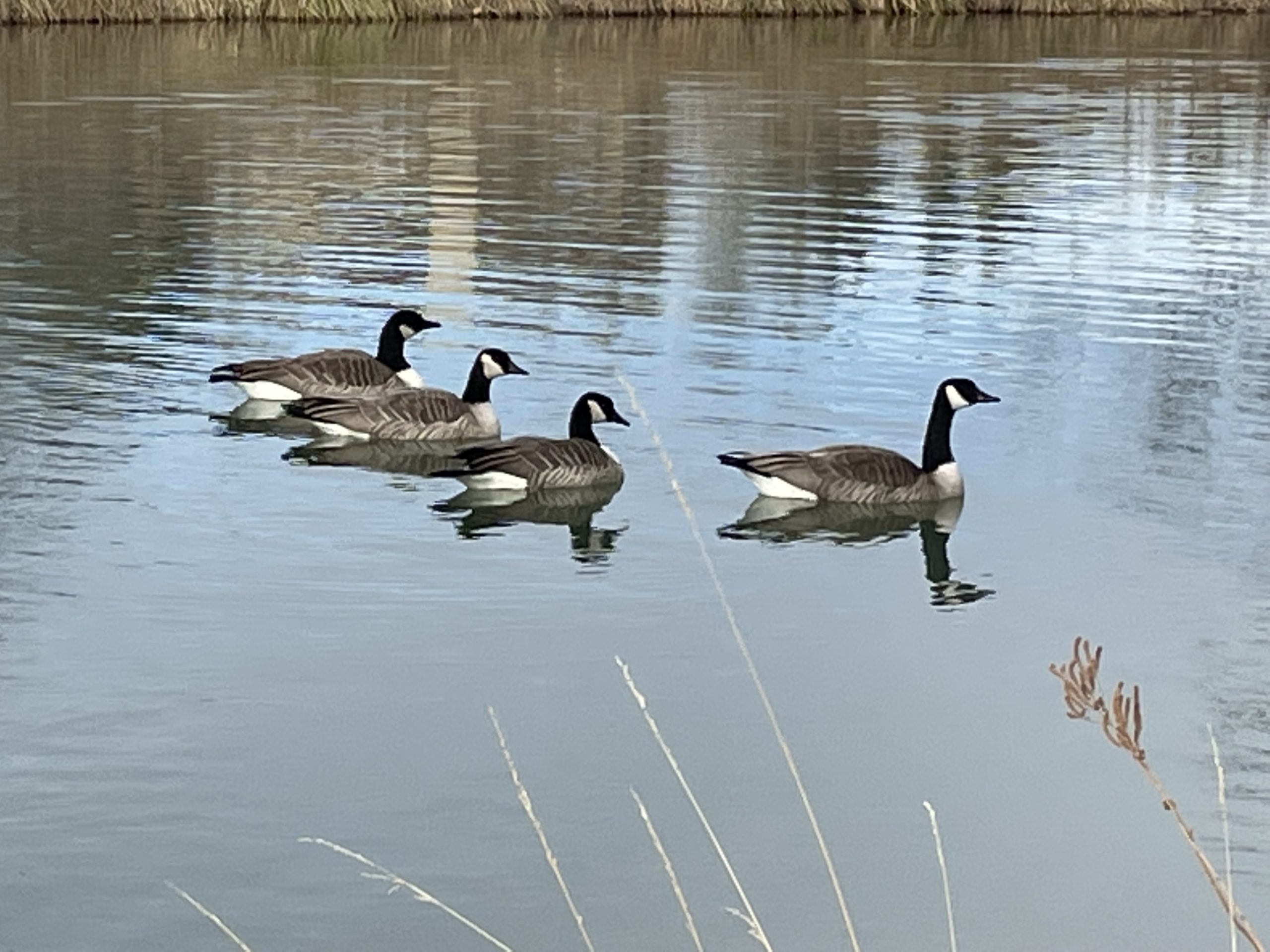 Were they? Or, were they on a Sunday outing? As it turns out, not all geese migrate, especially those in the middle latitudes of the United States. For some, this is a result of climate change; winters aren’t as harsh in many places, so they stay put. In addition, geese are highly adaptable. Modern urban and suburban areas provide plenty of food and open water, and few predators. For the adapted goose, it’s an ideal habitat.

Whether or not a goose migrates is even more complicated than that, though. Geese that take up permanent residence in one place, may, after years of residency, decide to migrate. One cause of this is a failed nest. Studies have shown that close to 50% of geese whose nest failed or had no young will migrate with another flock. This may happen even after years of staying in one place raising successful broods.

The bottom line is that some migrate, some don’t, even geese from the same area. So unless you can tell one goose from another, there’s no way to know who’s a permanent resident and who has migrated. Even in winter, perhaps some of the geese you come across migrated from a place further north! Those that do migrate may fly up 1,500 miles in a 24-hour period and may travel up to 2,600 miles total.