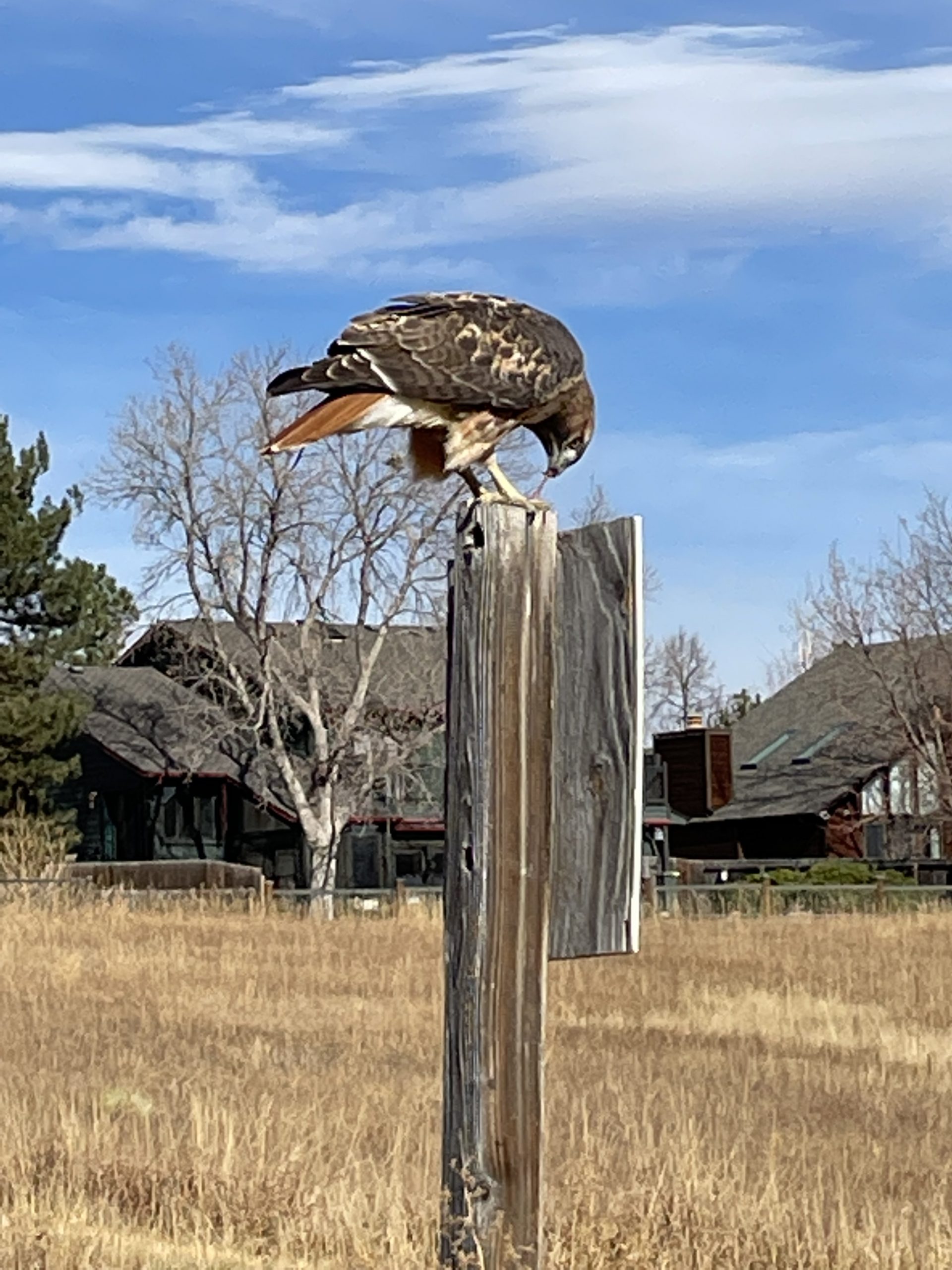 While on a walk the other day, I came across this bird having lunch. Not a good day for the mouse, but a great one for the hawk. We see these hawks a lot where I live, but not often so close. And so, I watched. My encounter left me wondering more about these birds (of course!).

They live across most of Canada, the United States, and Mexico. Those living in the middle latitudes don’t migrate, but the northern ones do move far to the south as winter approaches. Red-tailed hawks aren’t overly picky about habitats. They are found in forests, grasslands, deserts, and mountains. They only requirement is open space for hunting and high perches.

Red-tailed hawks are one of the largest birds in North America. Even so, most weigh less than three pounds! They can, however, catch prey that weighs more than five pounds. This prey includes a long menu of small animals, including the aforementioned mouse, as well as rabbits, squirrels, frogs, insects, bats, and other birds. Yum.

I was also happy to learn that red-tailed hawks are not a species of concern. In fact, according to the Audubon Society, even in the face of climate change, these hawks will not lose any range (based on 3° C warming). Predictions are, though, they will gain range and venture much further north in Canada.