It’s quite likely that the holidays marked on your calendar don’t include National Bison Day. Well, it’s coming up, the first Saturday of November. So mark those calendars! It is a day to celebrate the role bison play in our cultural and environmental heritage.

Let’s clear one thing up first. Bison are bison, not buffalo. In fact, there are no buffalo in North America. It’s a misnomer. When Europeans first encountered bison in North America, they mistakenly called them buffalo, which live in Africa and Asia. Unfortunately, the name stuck. 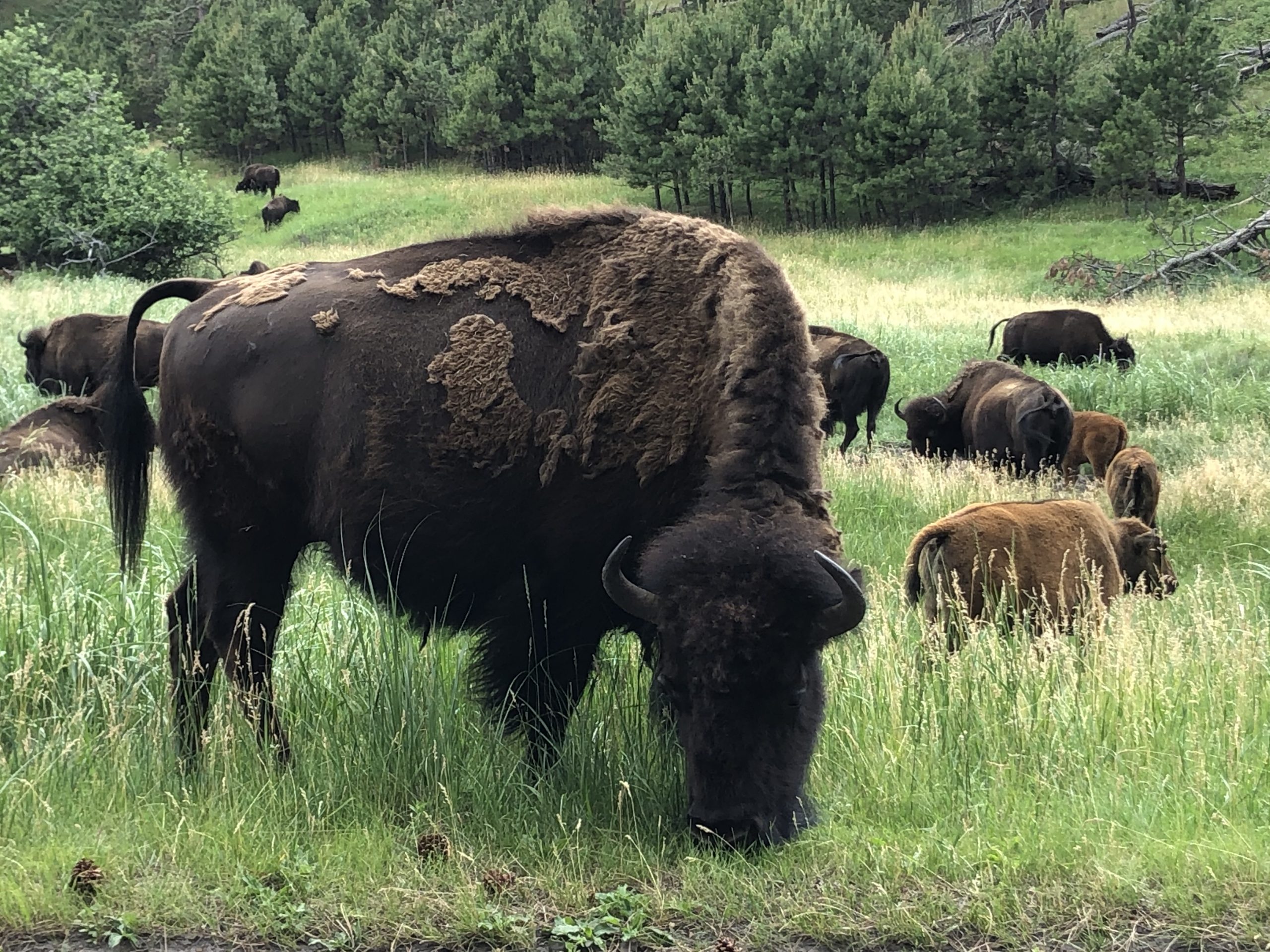 Bison were once abundant in North America – as in, over 30 million. They were especially important to Native peoples, both for survival and spirituality. Specifically, the Lakota were nomadic people who followed the bison herds. They hunted the bison only when necessary. And, when an animal was killed, every part of it was put to use. It provided food, fuel, clothing, and blankets.

Yet the arrival of white settlers changed that, quickly. The mass extermination of bison for the hides and for sport almost led to their extinction. By the end of the 1800s there were only a few hundred left. The plight of bison was recognized by a few conservationists who drew attention to the issue and saved the species. Today there are conservation herds, numbering around 20,000 bison, roaming public lands. One of the best places to see bison is in Custer State Park, South Dakota where they’re known to cause traffic jams…