Bats are a big part of Halloween, used to incite fear and build up a spooky atmosphere around the holiday. There are a lot of theories out there about how bats came to be associated with Halloween, but no matter the source, bats get a bad rap. In fact, bats are amazing and invaluable creatures! 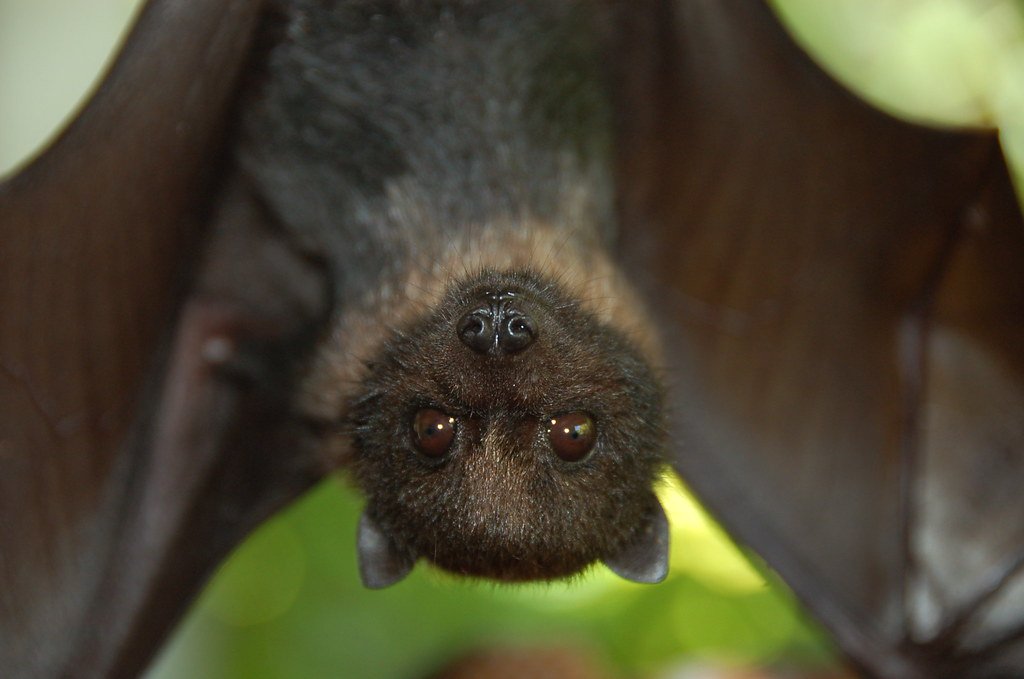 To start, they’ve been around for more than 50 million years and live on every continent except Antarctica. Bats are the only mammal that can fly. They do not have hollow bones like birds, though. And that’s why they roost upside down! Bats can leap into the air like a bird or launch from a branch; instead they just drop from their roosting spot and off they go.

But perhaps the most amazing aspect of bats is their impact on global biodiversity. They play key roles in ecosystems. Services they provide include eating insects and pests, pollinating plants, and dispersing seeds. This makes bats essential to the health of ecosystems around the world.

To dispel a few myths about bats, they rarely attack people and only a small percentage carry rabies. And vampire bats that people worry about sucking their blood? They only weigh 2 ounces. Their normal target for the spoonful of blood they seek is cattle and both the cattle about as much as a mosquito would bother us. Even if you are around bats, if you leave them alone, they will leave you alone. The truth is, there is a lot to admire and respect about bats – help spread the word!