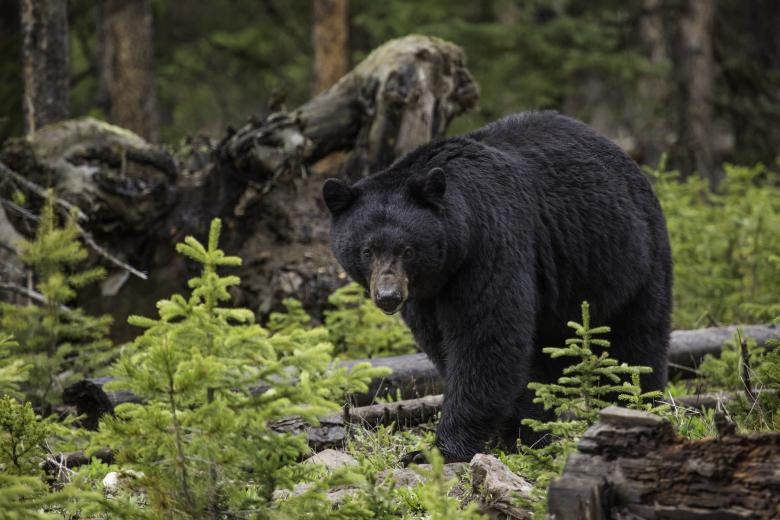 ‘Tis the season for ghost and goblins, everything pumpkin spice, and bears. I realize that’s not a combo you often hear of, but bears are VERY active right now as they fatten up before winter. I hope the bear in my neighborhood enjoyed the bird seed last night. Yup. I woke up to my bird feeder bent in unnatural directions. Poor birds were so confused.

Around here we only have black bears, though Colorado did once have grizzlies. You can guess what happened to them. Black bears, though, are thriving. These guys are mostly herbivores. They do also eat insects and will scavenge on carcasses of other animals. Apparently at this time of year bears need about 20,000 calories EVERY DAY to gain enough fat to sustain them through the winter. Can you imagine trying to get the calories you need to hibernate on mostly nuts, fruits, and berries? WHOA. That’s a lot of food.

Bears have amazing noses to find that food and are able to smell a food source up to five miles away. Makes you wonder what their noses tell them when they are in suburban areas with a menu full of options from humans. Why did last night’s bear want my birdseed and not the neighbor’s trash (which should be in their garage, by the way)? For now I’ll bring the feeder in every night through November. The bears will hibernate through the winter. During these 5 or so months, the bears will not eat, drink, defecate, or urinate. The females will, though, give birth during that time! The cubs will start nursing right away.

So while it’s bear season, be bear aware. Don’t leave food (like bird seed!) for them. And be on the lookout…you may be lucky enough to see one lumbering through the woods.