Last year, Colorado experienced two of its worst wildfires in state history. One of these, the East Troublesome Fire, exploded on October 14 and swept through the mountains and forests at an unprecedented rate. It quite literally was a firestorm. And it was devastating, especially for the Grand Lake community on the west side of Rocky Mountain National Park.

Historically, fires have been nature’s way of cleaning house and rejuvenating the ecosystem. In fact, there are some species of pine trees that need fire to release their seeds for propagation. In other words, there are many ecological benefits of low-intensity wildfires. Unfortunately, decades of fire suppression by humans and global warming have created conditions where the wildfires that do occur are catastrophic, as in the case of the East Troublesome Fire. 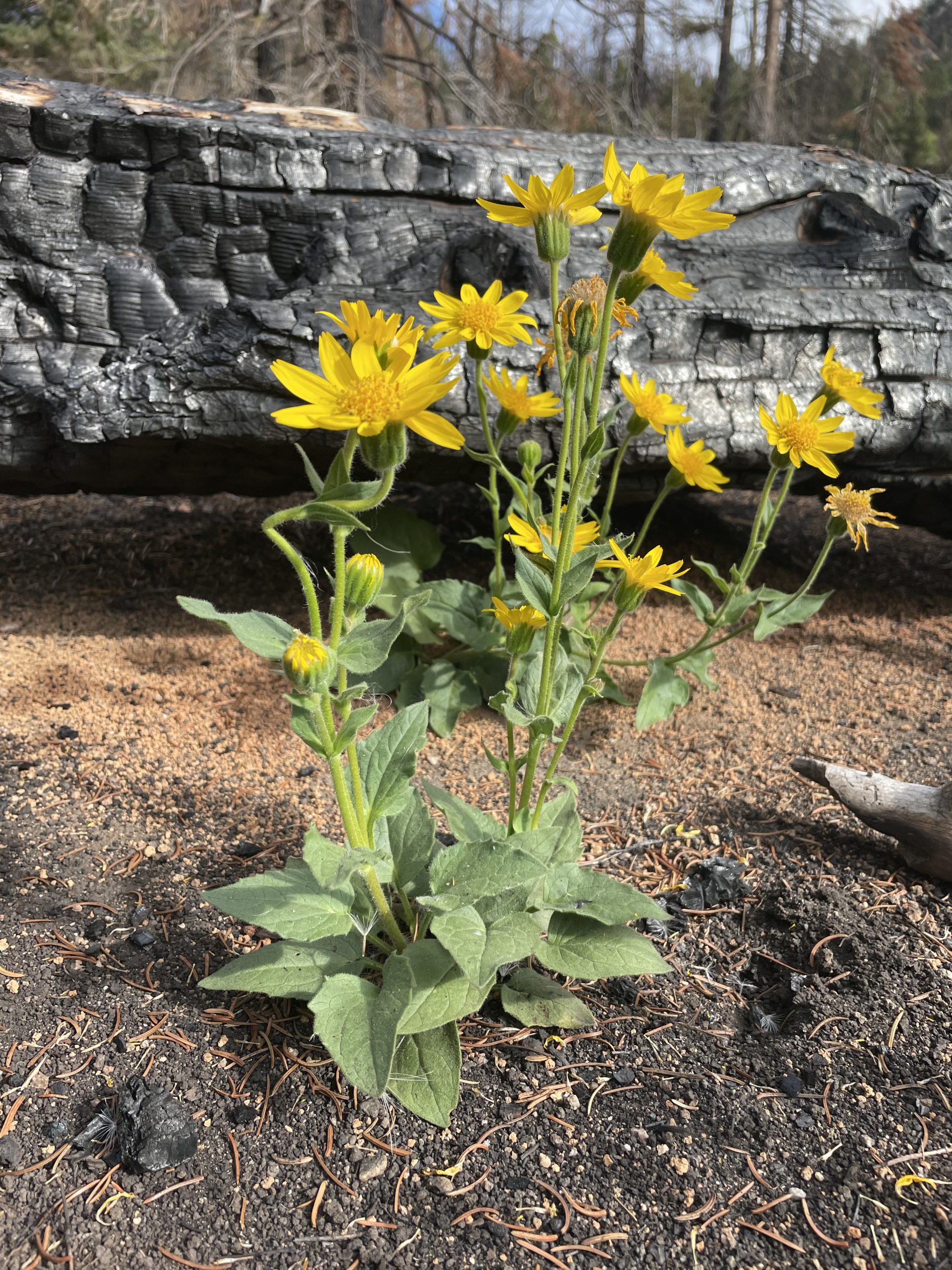 And yet, in many places, the forest is recovering. I hiked a remote part of Rocky Mountain National Park yesterday and saw firsthand the power of nature to heal itself. Clearly the area I walked through was not one of the hardest hit, unlike places that burned too hot for too long, killing everything from treetops to root systems. But where I was, the forest was full of life not even a full year later. While there were thousands of dead trees along the trail, there were many trees that had scorched trunks, but were still alive. In just the short growing season, there were also new trees growing. And there were wildflowers. This is common after fire because the ground has been cleared of competition, nutrients have returned quickly to the soil, and trees that had once blocked sunlight from reaching the forest floor are gone.

I wrote last week about fireweed, which is one of the flowers I came across. It reestablishes itself quickly and easily in disturbed areas. I also saw blankets of yellow arnica. The flowers in that blackened landscape created a distinct juxtaposition between destruction and recovery. Next year I will go back to witness firsthand another year’s worth of healing.