It’s summertime! That means time outdoors, visits with family, vacation, and lots of free time. Why not use that free time to learn how to repurpose items you might normally throw away? Did you know you can repurpose a soda can pull-tab into a picture frame hook? Or that you can turn an old wooden ladder into a bookshelf or small table? Or a few old books can be used as a knife block? Repurposing is different from recycling or reusing. To repurpose means taking an item meant for one purpose and using it for another. 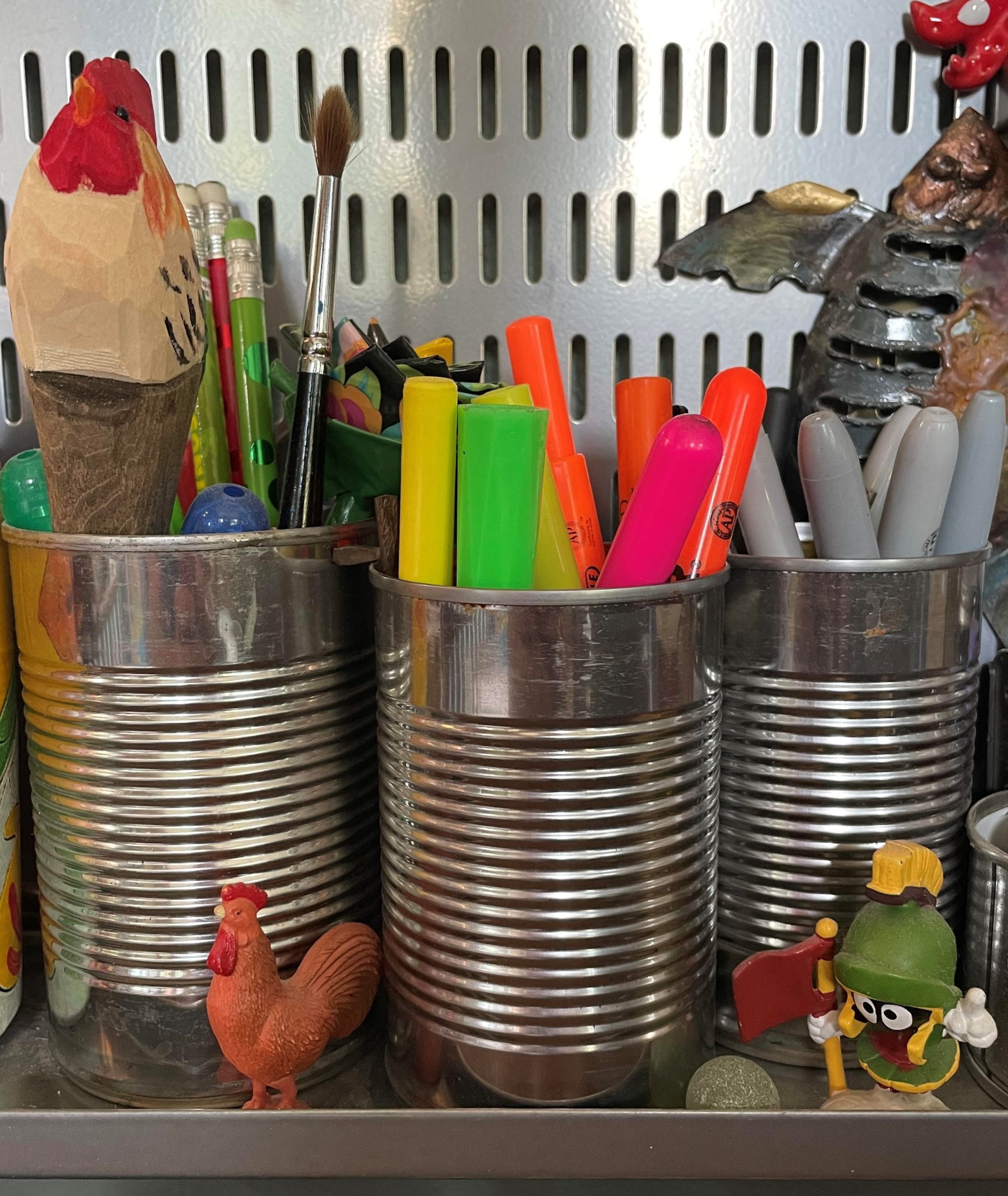 We live in an age where just about everything is disposable and replaceable. Yet this mindset is part of the problem today, needlessly sending things to the landfill and creating demand for new things. One quick internet search will reveal thousands of ideas for repurposing regular household items into artwork, lighting, clocks, garden containers, storage containers, bird feeders, and much, much more.

Consider repurposing a creative challenge for the summer. Instead of throwing out (or recycling) that old ________* how can you repurpose it? This can also save money and it saves energy. But most importantly, it keeps things out of the landfill. So have fun and remember…it’s #YourPlanetToo.

*fill in the blank

We all know that pollinators are important for flowering plants – they move from flower to flower transporting grains of pollen from one to the other. Yet have you ever considered how important they are? Pollinators are responsible for one in three bites of food we eat. They also maintain ecosystems – without them many plants cannot reproduce causing ecosystems to become unbalanced.

Bees and butterflies are often the first that come to mind when we think about pollinators. But there are many, many others including birds, bats, beetles, wasps, moths, and even flies. All of them are in jeopardy. Loss of habitat, pollution, and climate change are causes of pollinator population decline. This week is pollinator week – an effort to bring awareness to the problem and promote action. 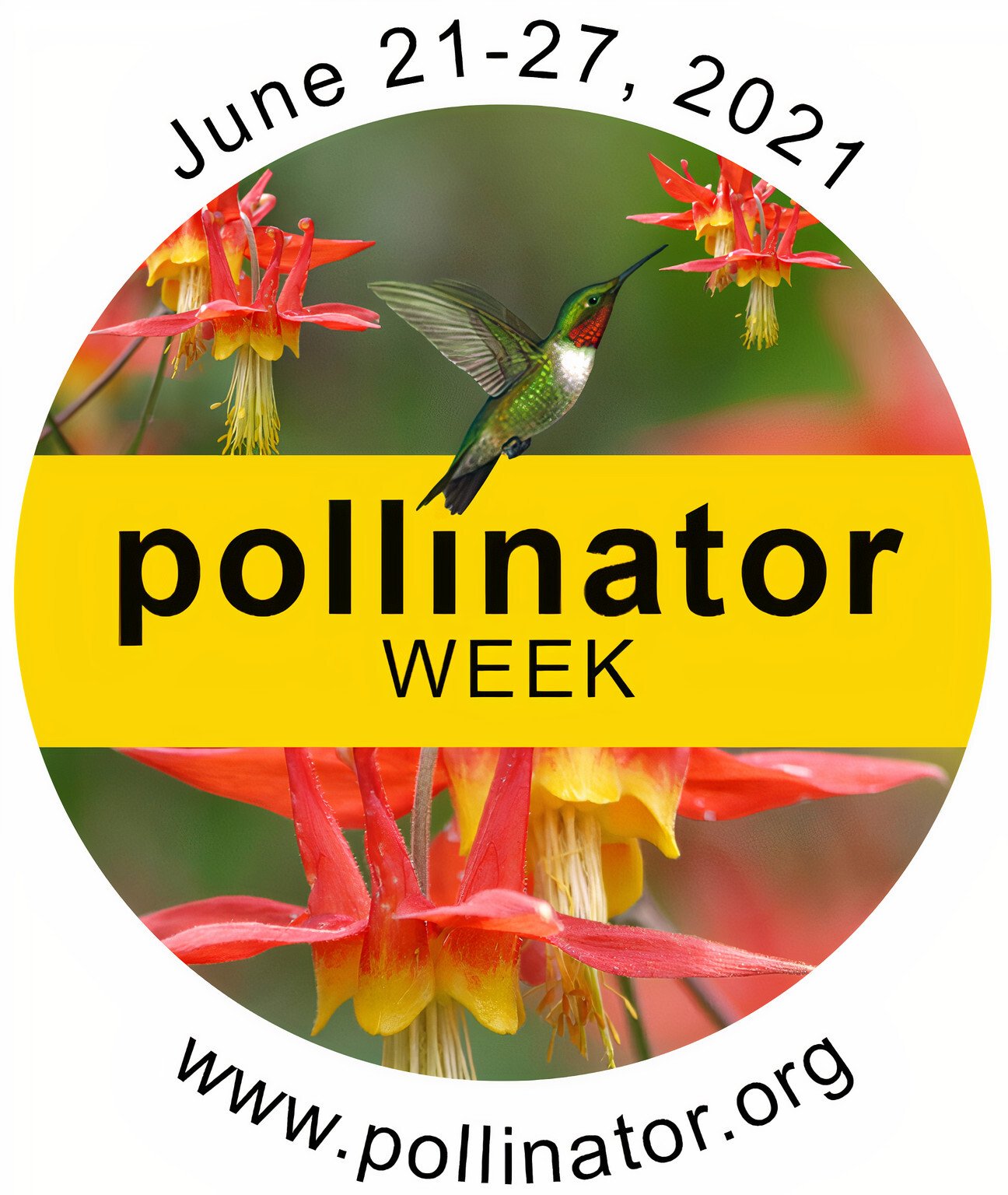 In honor of this effort and celebration, GROW a pollinator garden! You don’t even need a yard to grow pollinator plants – all you need is a small outdoor space like a patio or rooftop. You can use planters or recycled containers to grow pollinator-friendly plants in your area. Consider growing different native plants that will flower during different times in the growing season. Plant clumps of the same type of plant together to make it easier for the pollinators to find them.

Even a small number of plants can help support pollinators in your area. Not only that, watching the pollinators visit your garden is a fun summer activity to help you appreciate that this is #YourPlanetToo.

‘Tis the season for farmers’ markets and a great time to EAT local. Why eat local? Eating locally grown food supports local farmers and your area’s economy. The food is fresher and tastier. It’s better for you. But most importantly, it’s better for the planet.

Did you know that the average food item produced and eaten in the U.S. travels 1,500 miles from the farm to your plate? And every one of those miles contributes to CO2 emissions. However, if you eat locally grown food (produce and meat) you are cutting down on food miles and therefore carbon emissions.

Locally grown food is also typically less processed than much of what you find in a traditional grocery store. Not only that, but local farms tend to practice more sustainable agriculture than large, factory farms. This minimizes the environmental impact and reduces the use of pesticides and other toxins that harm the soil and water. Finally, supporting them helps maintain greenspace and farmland in your community.

Just for fun, find a vegetable you like at a local farmers’ market. Then buy that same vegetable at a regular grocery store. Then, do a blind taste test with your family or friends. Which tastes better? In a lot of ways eating local is about the delicious, fresh food. But it’s way to make a difference because it’s #YourPlanetToo.

I have been called out many times for my tree-hugging dorkdom. So be it. But one thing that gets a lot of attention (and teasing) is when I bring my own Tupperware or straw to a restaurant or provide my own utensils for carry-out. I also always bring my own reusable bags to the store. What do all those things have in common? They cut down on single-use plastic.

Plastic waste is one of our greatest challenges. It is also one of the greatest threats to ocean wildlife. Surely you’ve heard of the garbage patches in the ocean – places where rotating ocean currents concentrate marine debris in one area. Of all marine debris, 80% is plastic. Every year, approximately 8 million TONS of plastic that makes it into the ocean.

In larger forms, these plastics are a threat to wildlife. Animals mistake the plastics for food or become entangled in it. Yet another problem with plastic is that it NEVER disappears. EVER. It may break down. But it breaks down into smaller and smaller bits, aptly named microplastics. These microplastics are now being discovered in all levels of the ocean. They are found in the food chain. And they are locked in sea ice. 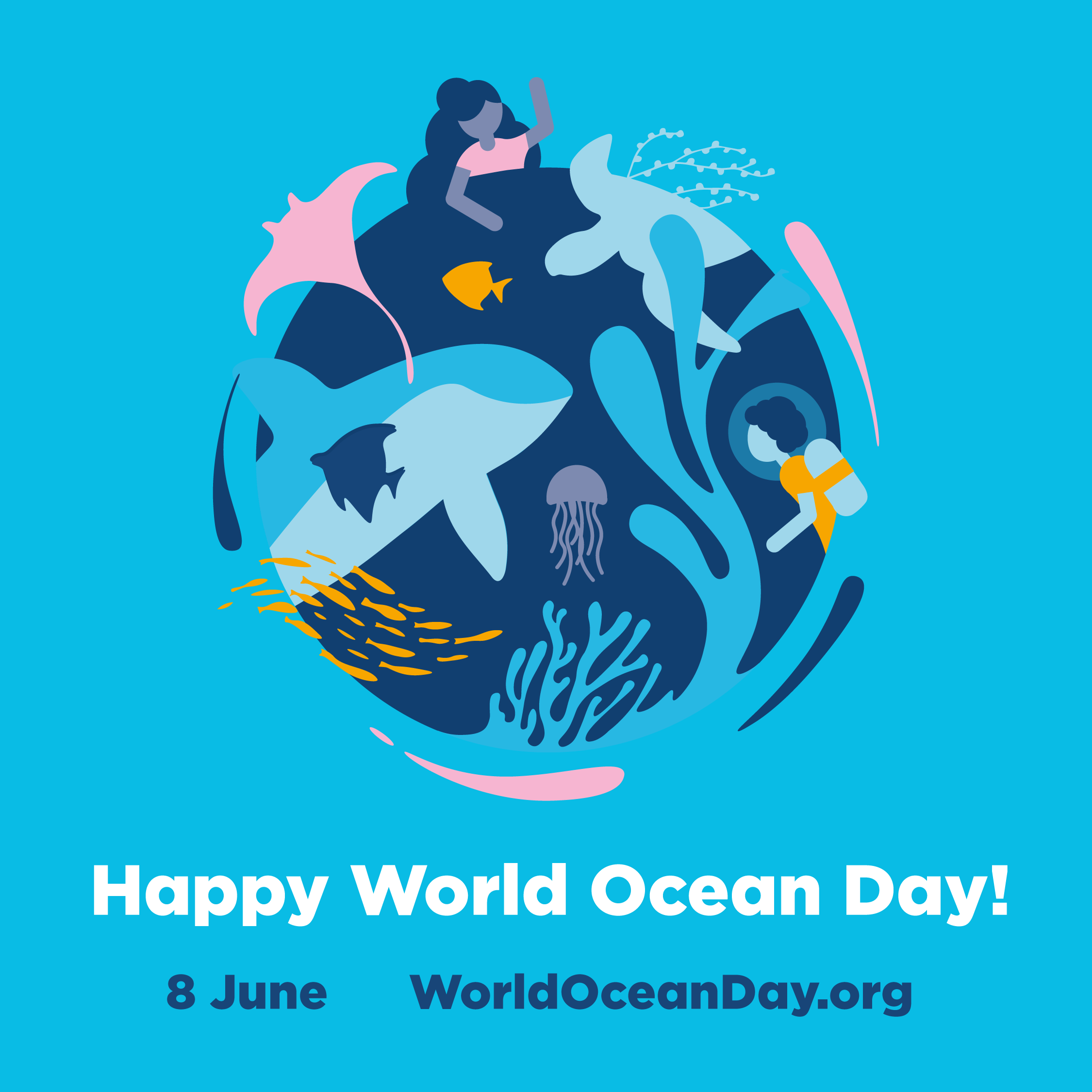 In honor of World Oceans Day on June 8, 2021, I challenge you to AVOID single-use plastic. Or if you want a greater challenge, try to avoid all plastic (it’s hard!). Even if you live far from an ocean, rivers of all sizes carry improperly discarded plastics out to the sea. Not only that, even if you do properly discard your plastic, using plastic creates a demand for plastic. Earth needs less plastic. In fact, the earth doesn’t need any at all.

No matter where you live, it’s…#YourPlanetToo