Yesterday we turned the clocks back an hour and are now in standard time again. But why? The concept literally has its roots in “saving daylight” to reduce electrical usage. I’m on board with that! In the northern hemisphere, we can take advantage of the extra hours of sunlight in the evening in the spring, summer, and fall to avoid turning on our lights on when we are awake. Now, in the winter months, more people can also rise with daylight. 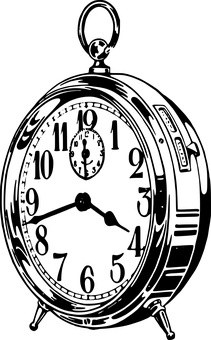 The first person to write about the idea (that we know of) was Benjamin Franklin in 1784. More than a century passed, though, before the idea was actually applied. During WWI, Britain and Germany implemented daylight savings so troops would use less artificial light and thus save fuel. The United States also followed daylight saving during WWI; it was abolished after the war and brought back again during WWII. After that, individual states and towns were given the liberty to decide for themselves whether to use daylight saving time. Not surprisingly that led to chaos. Finally, the US passed the Uniform Time Act in 1966. Worldwide, only 70 countries “save time,” and in the US 48 of 50 states do, with Arizona and Hawaii being the exception.

Ironically, “standard time” is only four months of the year anymore. Starting in 2007, daylight savings started in March and ended in November. There is also a debate about whether or not daylight saving actually saves energy or not. Studies have produced varying and conflicting results. For now, though, it’s time to hunker down; there’s not much daylight no matter what.