Happy pumpkin day! Yes, there seems to be a day to celebrate just about everything – pumpkins included. Let’s start at the very beginning. The word itself has its roots in the Greek word that means “large melon.” Yes, large indeed. Pumpkins, however, are part of the squash family. They are native to the Americas and evidence of its use date back more than 5,000 years.

While we may refer to pumpkins as vegetable, they are actually fruit according to botanists (it has to do with the fact that pumpkins grow from the seed-bearing structure of flowering plants). Yet no matter the classification, pumpkins are good for you. They are a good source of beta-carotene, fiber, potassium, and vitamin C. Plus, they are filling, which is perhaps one of the reasons they were a staple food for ancient people.

The natural question now is, why do we carve them? Blame the Irish. The story dates back to the 1500s and a myth about a man named Stingy Jack. According to the story, Jack played tricks on everyone, including the devil. Ultimately, he was denied entry into both heaven and hell as a result of his antics, and was left to roam the world as a ghost. He was given a lump of coal from the devil, which he placed inside a carved turnip and used as a lantern. The Irish then carved turnips, beets, and potatoes (with burning lumps of coal inside them to add light) to ward off ghosts and evil spirits. When Irish and Scottish immigrants came to the New World, they found that pumpkins were perfect for carving.

Aside from Jack-o-lanterns, pumpkins also make good pies, stews, and even smoothies (seriously). Of course, you can roast the seeds too. But if you don’t want to use your old pumpkin yourself, you can donate it to zoos, animal shelters, farms, or community gardens. Or, leave it in the yard for the wildlife!

Tuesday October 20 is international sloth day, a day to celebrate and learn more about these strange but wonderful creatures. I’ve seen one in the wild, fairly up close and personal. And while they are slow they aren’t that slow. I looked away from the sloth in a nearby tree for a minute, and when I looked back it was gone! It took me a few minutes to find it again. I wonder, if a sloth and a turtle raced, who would win? 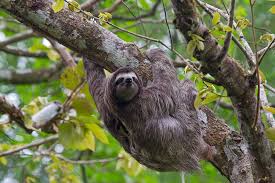 Compared to other animals, sloths do move slowly. So slowly, in fact, that algae grow on their fur. This pace of life is good for two reasons. One, since they don’t move much, it’s hard for predators to spot them. Two, the algae help camouflage sloths in the jungle. The reason they move so slowly and sleep up to 18 hours a day is because of their low-energy diet of leaves and the occasional piece of fruit. Even their digestive system is slow – it can take a month to digest some foods.

Sloths spend almost their entire living upside-down in a tree – eating, sleeping, mating, and giving birth. They do go down to the ground to poop, about once a week. And, when the rainforests in which they live flood (in Central and South America), they will use the opportunity to swim to a new tree; in fact, they are good swimmers (see for yourself here). That’s all for now…happy sloth day!

These itty-bitty bugs (a mere 1/8 inch) are a nuisance. They arrive seemingly out of nowhere when the weather warms, at which point my fruit bowl and compost bins are relegated to the garage for the summer. It is now October and there ONE fruit fly that apparently didn’t get the memo. It really likes to fly around my face.

Now, a little bit of research reveals that fruit flies have a very short lifespan. So, in truth, it’s probably not been the same fruit fly that won’t leave me alone. But it begs the question, where are all the others? They apparently lay up to 500 eggs in their lifetime so just a little elementary math suggests that the one irksome fruit fly should be accompanied by its entire swarming family. Is my one fruit fly the Lone Ranger of fruit flies? And why does it like me best? 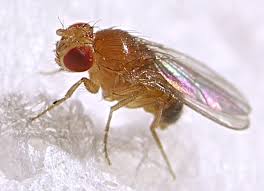 All of my irritation aside, fruit flies, as it turns out, are fascinating. First, have you ever looked one in the eyes? Of course not – they always seem to be moving. But were you able to actually see their eyes, you’d find they are bright red! Their wings beat an unbelievable 220 times per second. In addition, though they may be small, they have big brains. And if all of that hasn’t grabbed your attention, scientists performing genetic research use fruit flies because their short lifespan allows for the quick study of genetic evolution over generations. Not only that, humans share 75% of the genes that cause disease with fruit flies.

I still wish my fly would go away. But, during the aforementioned research, I also learned that the cold weather doesn’t actually get rid of them indoors. It just stunts the development of new generation. Which means that all my fly’s relatives will be waiting come spring. 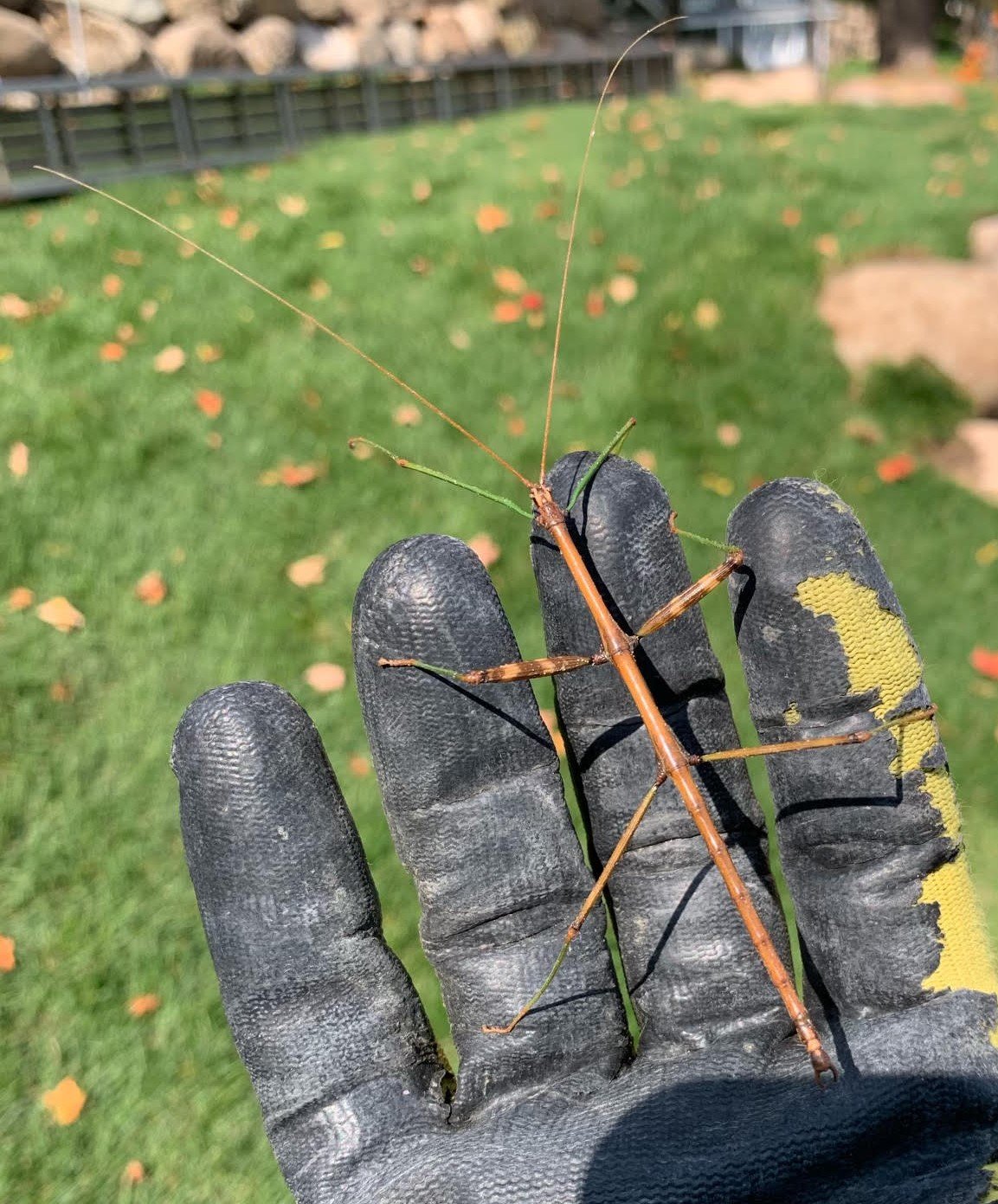 I have been prompted to investigate stick bugs because a friend of mine in Minnesota found one the other day. Without even researching further, this is interesting for two reasons. One, stick bugs are most often found in tropical and subtropical climates. Minnesota is neither. But apparently like hardy humans, there are hardy stick bugs in the state. The other interesting thing is that stick bugs are mostly nocturnal; the one my friend found apparently didn’t get the memo.

As you probably know, stick bugs are masters at camouflage. Depending on where they live, the approximately 3,000 species of these insects blend in with their environment perfectly. They can be brown, green, or black, or some variation in between. Some even have markings that mimic scars you might see on a tree.

While this adaptation helps them hide in plain sight, if stick bugs do happen to find one of their limbs in the grips of a hungry predator (birds, bats, reptiles, spiders, and other small mammals), they will shed that limb. Not to worry…it will regrow! One species emits a foul odor when attacked, much like a skunk, while another can fight off an attacker with their spine-covered legs. Others play dead. And some can fly from danger.

Yet perhaps the most interesting thing is that among some species of stick bugs, the females do not need males to reproduce. This process is known as parthenogenesis. Females produce eggs that mature into more female stick bugs without any male involvement. In fact, there are species of stick bugs out there among which scientists have never found a single male. Now that’s girl power!