Flatworms are generally unseen, un-celebrated critters. But there are more than 20,000 species of them and they are found just about everywhere there’s water. However, they can be hard to find because much of their life cycle is spent inside a host organism. That’s the yuck-factor (think tape-worm). Still, they are pretty fascinating.

The whoa-factor about flatworms was described to me by a young friend who shares my love of the natural world, especially the weirdly wonderful aspects of it. One evening this summer as we marveled at fireflies, she told me that most flatworms only have one opening in their body. Wait, what? It is true. These simple organisms only have a mouth. They eat with that mouth. Then their food moves through the simple digestive system. So…what happens to the stuff that isn’t digested? Well, it has to come out the mouth. Back to yuck. Other materials are also excreted through special cells called flame cells. Tapeworms, by the way, do not have a digestive system at all – they simply absorb the nutrients they need from their host. 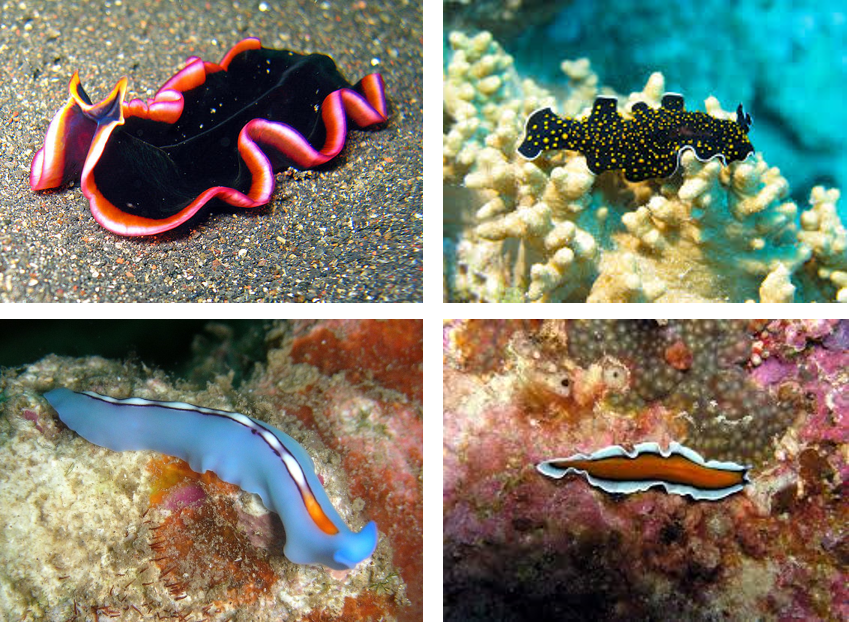 Another interesting aspect of flatworms? Some species are actually quite pretty. Nonetheless, I think I still rather not be a host.

I recently came across a video called “Everything You Wanted to Know About Animal Farts.” Of course, I had to watch it. This is not something I’ve spent any time thinking about before, but I was immediately intrigued. I suppose I just assumed that all animals fart. Guess what? Not all animals do! 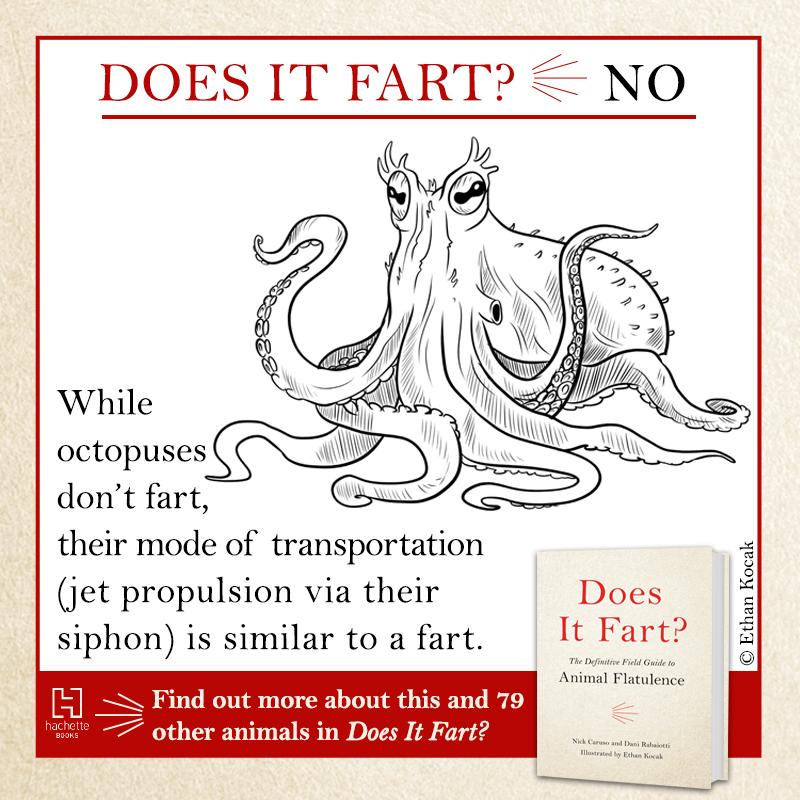 Big fact I learned: birds don’t fart! What??? The reason is that they do not have the bacteria in their guts that produces gas and food passes through their bodies quickly enough that gas doesn’t build up. Whoa! Octopuses don’t fart either. Nor do sea cucumbers. Some fish do fart, others don’t. Sloths don’t fart either, making them possibly the only mammal that doesn’t. The only other possible no-farting-mammals are bats; but scientists just don’t have a definitive answer to date.

I also learned that farts are used in a variety of ways, not just to pass gas. One species of lacewing, for example, actually stuns and kills its prey (termites) by farting on them! The Sonoran coral snake, on the other hand, uses its farts (more scientifically, cloacal pops) to scare away predators when threatened. Manatees use farts to control buoyancy. And the list of amazing fart facts goes on. See? Intrigued!

The zoologist referenced in the video, Dani Rabaiotti, also co-authored a book titled Does It Fart? The Definitive Field Guide to Animal Flatulence. Yes, I checked it out of the library. And so should you.

The fifth and final creature feature before the picture book science series is published on August 13, is the sidewinder snake. As I researched and wrote Water-Walking, Sidewinding, and other Remarkable Reptile Adaptations (Nomad Press, August 2020), I discovered why sidewinders move the way they do – of course, it’s an adaptation!

When these snakes move, only two parts of the snake are on the ground at the same time. This allows the snake to use their head and tail to thrust their body forward; it is a great way to gain traction and move across loose sand (up to speeds of 18 miles per hour!). Not only that, sidewinding keeps most of their body off the hot surface of the desert. No one wants a burned belly…not even a snake.

Despite their speed and agility on the loose sand, sidewinders do not use their unique mode of locomotion to chase down prey. Instead they wiggle into the sand, leaving only their eyes above the surface. Then they wait. When an unsuspecting lizard or small rodent happens by, ZAP! It’s dinner time. 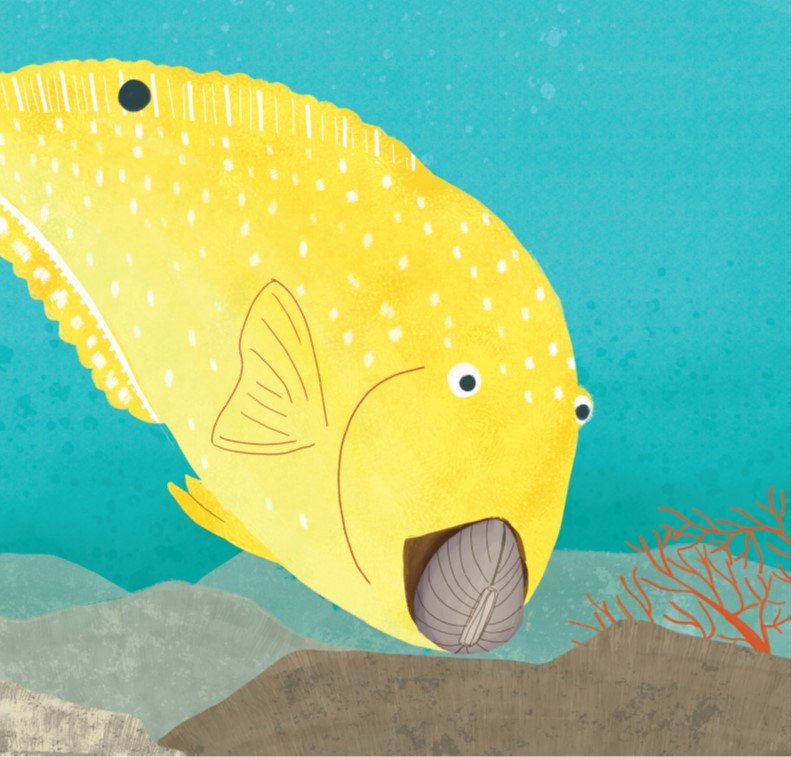 My appreciation of fish was, before I wrote the picture book series about animal adaptations, limited to the beautiful tropical fish I see while snorkeling. Yet as research has shown me time and time again, there is so much more to appreciate! In Antifreeze, Leaf Costumes, and Other Fabulous Fish Adaptations (Nomad Press, August 2020), you can read about some of the fabulous fish adaptations I discovered.

For example, one might think that fish don’t use tools. Ah, think again! If you were a fish and you wanted to get a clam shell open (yum!), what would you do? Like the blackspot tuskfish, you’d use a rock. The fish doesn’t pick up the rock, though. Instead, it bashes the clam shell against the rock over and over again until it breaks! It’s genius. Then, they use their tusk-like front teeth to get the fleshy part out of the shell.It gets better.

Scientists and divers have discovered broken shells littered around a single rock on the ocean floor. This suggests that when a tuskfish finds a rock they like they use it many times! Observation of the fish bashing a shell against a rock also reveals the precision and skill with which the fish delivers the perfect blow to its desired meal.