Because we all need a diversion now, I’m going to talk about sea cucumber poo. An unlikely topic, for sure, but quite fascinating! Sea cucumbers are, in and of themselves, interesting creatures. Unbelievably, there are over 1,200 species of them living on the sea floor, in a variety of sizes (from less than an inch long to up 6 feet!). All of them look like squishy blobs with various interesting markings. 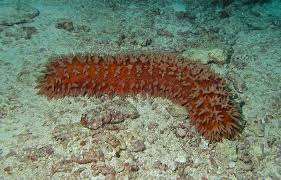 Yet they are so much more than blobbish, marine invertebrates. They, and their poo, are extremely important to their ecosystem. When a sea cucumber eats, using tentacles to shovel food into its mouth, it digests the organic material. Everything else, including sand that was inadvertently ingested, comes out the other end. And what comes out is actually cleaner than before it went in. This, in turn, prevents algal blooms and aids in the growth of sea grass. Sea cucumber poo even helps coral reefs! The alkalinity of the waste acts as a defense against ocean acidification while at the same time acting as a fertilizer to promote coral growth.