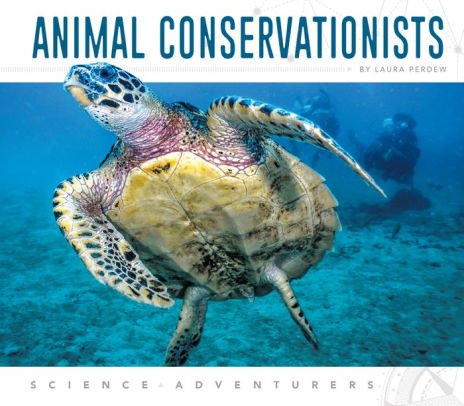 Happy book birthday! Animal Conservationists makes its way into the world this month, celebrating the ongoing work of scientists to save species at risk in the face of climate change, habitat destruction, pollution, and invasive species. The work of these scientists includes monitoring bats affected with white-nose syndrome and collaboration between groups to find practical solutions to the epidemic. Others have focused their efforts on preserving or restoring habitats, including the Everglades in Florida. Breeding programs have also helped species like the California condor; thanks to the efforts of conservationists, the population of these birds has recovered from 22 in 1982, to over 400 in 2018. In zoos, scientists use animal matchmaking to determine genetically ideal matches in order to help recover species populations. Coral breeding programs are likewise helping to restore coral colonies. In addition, technology is playing an increasingly important role in species conservation. These animal conservationists on the front lines of saving species at risk are doing amazing work – work that should be celebrated and highlighted!