Ever since I was a kid, I’ve been fascinated by Rube Goldberg machines (if you aren’t familiar with ol’ Rube, click here). As an author I thought that these crazy contraptions would be a great way to teach kids about physics. So when I came across a call for proposals for a book about engineering for the late elementary school crowd, I put together a nonfiction book proposal for a book then titled Engineering Crazy Contraptions. It was accepted! It went under contract. I spent months writing the book (and oh what fun I had!). I met my deadlines. I sent it in. Then…nothing. I started to get a funny feeling. Something wasn’t right. Then the company backed out of the contract.

I was both deflated and angry. But that quickly turned to determination. I believed in the book. So I began to research other publishers that it migh 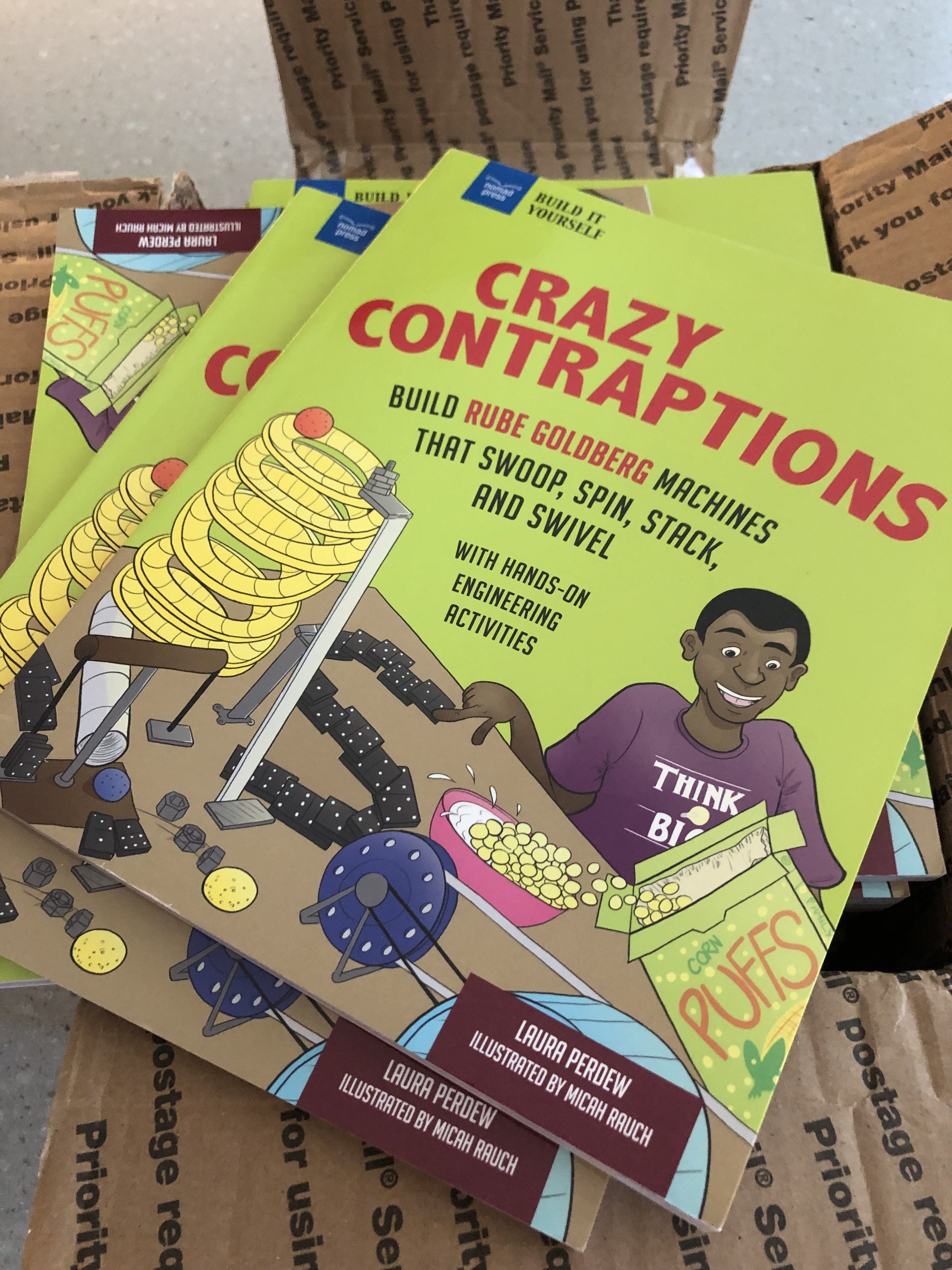 t be a fit for. In my search, Nomad Press (a publisher I was already writing for) kept popping up. Of course. It was the perfect company – the books they publish are hands-on. They are about science. They ignite kids’ imagination. Except that Nomad normally develops projects in-house. But I had nothing to lose. So I asked my editor about it. She liked it (hooray!). Then she took it to the rest of the Nomad team. And they liked it (hooray again!). But they wanted a lot of edits and additions. There was a short period of time that I wasn’t so sure about those changes, but very quickly I realized how their suggestions were making it an even better book. So now, 2 ½ years after answering that initial call for proposals, my idea arrived on my doorstep in book form. Crazy Contraptions: Build Rube Goldberg Machines that Swoop, Spin, Stack, and Swivel will be released on October 8, 2019. Thank you, Nomad Press!