Apparently I’ve always been a conservationist. As I helped clean out some boxes at my parents’ house, I came across one that had YEARS worth of my old school assignments. I think my mom saved everything. There were reports and worksheets and essays. Most papers I just glanced at and recycled. Yet one caught my eye: “Conservation Report.” The report was written in my fat, loopy, cursive handwriting in April 1980. I was 11. Even more interesting was the comment by the teacher: “I hope you stay concerned…” 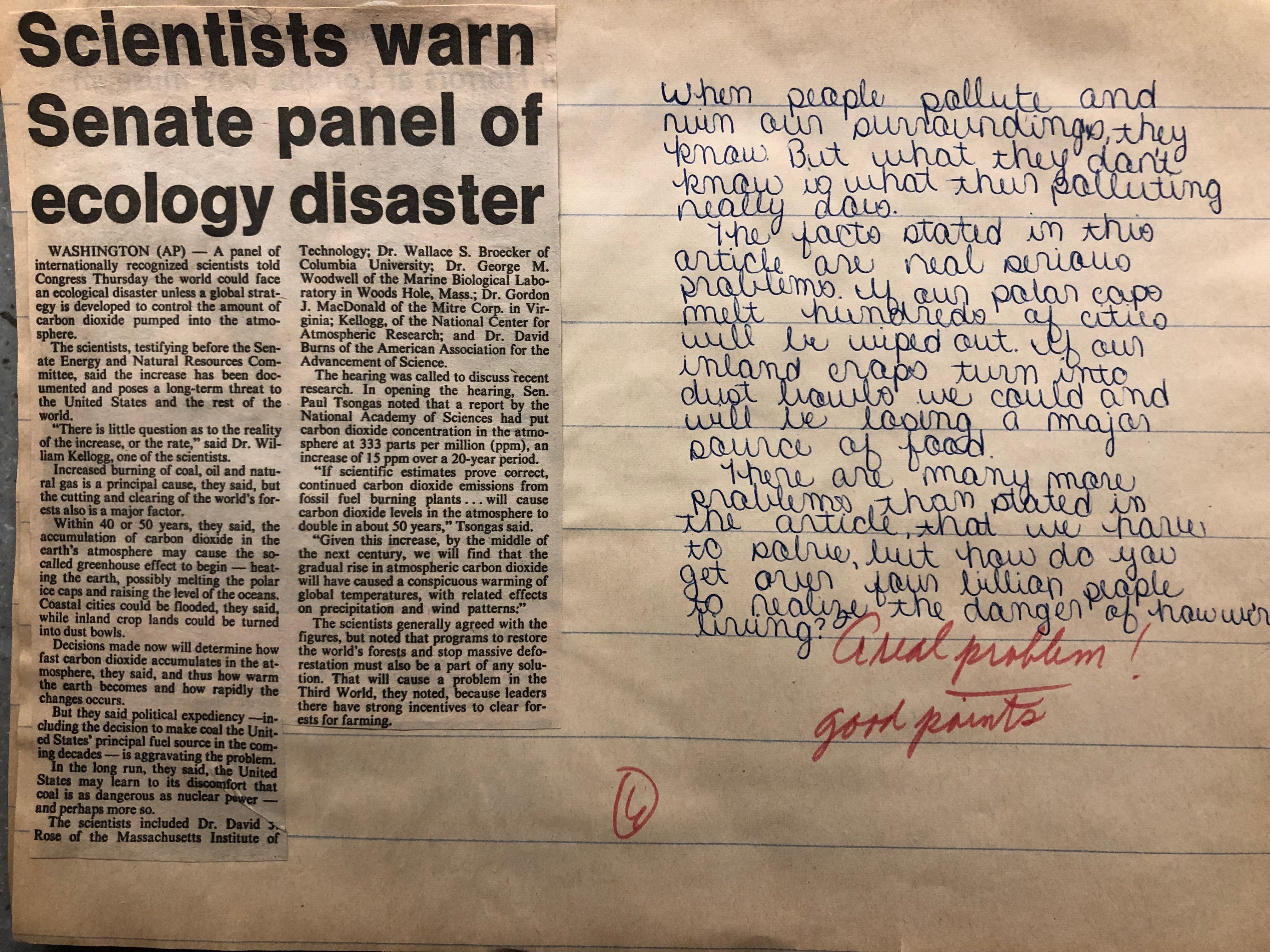 My report had news articles taped in it. Below each article was more cursive; the assignment must have been for me to read and comment on the articles. One was about old sequoia trees, another about the loss of habitat for pandas, and another about solar power. But the one that really caught my eye was titled, “Scientists warn Senate panel of ecology disaster.” The article reported how scientists warned Congress about the amount of carbon dioxide pumped into the atmosphere. THIS WAS IN 1980!!! It goes on to say that “within 40 to 50 years…the accumulation of carbon dioxide in the earth’s atmosphere may cause the so-called greenhouse effect to begin.” Were these people prophetic? No, they were scientists.

Even at 11 years old, I understood the enormity of the problem. I wrote, “There are many more problems than stated in the article that we have to solve, but how do you get over four billion people to realize the danger of how we’re living?”

Almost 40 years later, scientists are still sounding the warning alarms and I’m still wondering how we get people (now almost eight billion) to realize the danger of how we’re living.